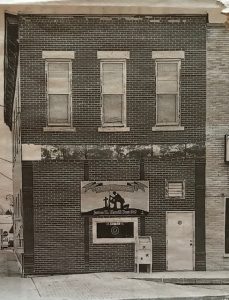 2020 marks the 100th anniversary of the formation of the Earlville American Legion Post 549.  The post was named in honor of James Herbison Hamill, the only Earlville resident to die in WWI.  The Museum features several photos and other artifacts about the Legion within the Military display.  Throughout this year Mike Roberson has been contributing articles to the Earlville Post providing a history of the Legion.  Thanks to Mike and to all who have served.