A historical review of Earlville Illinois

The Earlville Community Historical Society began in 1985 at the suggestion of Maureen (Madden) Corrigan. The first meeting was held on March 25th, 1985 in the basement of the Earlville Public Library.
The purpose of the Society was to bring together those people interested in the history of the Earlville Community and to collect and preserve any material that may help to establish or illustrate that history.
The Society established a small museum in the basement of the library, but rapidly outgrew the space. In 2013, during the community’s 150th anniversary celebration, several artifacts were put on display at the celebration headquarters in a vacant building in the business district. Much interest was sparked during that celebration, and that building at 136 S. Ottawa St. was purchased thanks to the generous donations of our friends.

Since that time the Museum has flourished, and the Society has grown in membership. 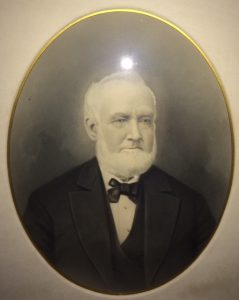 Charles Sutphen and James Dow arrived from Boston in April of 1834 and located on the bank of Indian Creek. Sutphen bought 1000 acres where Earlville now stands. Legend has it that his nephew, Earl, operated the first Post Office, and, to please his wife, Sutphen named the town Earlville.

The plank road to Harding gave Earlville a connection to the county seat, and the eventual completion of the CB&Q railroad in 1853 connected Earlville with Chicago.

The oldest church in town is the Presbyterian which organized in 1852. The first school house was erected on the east side of the creek in 1843. A bank was started in 1853 by S.T. Stilson. Our current library was dedicated in 1912.

The “hard road” (eventually called Illinois Route 34) came through Earlville in 1929 and then was rerouted south of town in the 1950s.  Earlville was a bustling town in the mid to late 1900s, and evidence of that can be seen on your visit to the Museum!